Incorporating an ADU In Your Portland Remodel

Portland continues to be a pioneer in the field of ADUs, or accessory dwelling units, as a result of the city’s policies making the construction of such dwellings legal on most single-family lots. It is easier than ever to incorporate an ADU into your Portland remodel, allowing your family to house renters for additional income or to make room for an adult child or aging parent.

The process of building a custom home usually starts with dreams about your ideal house. Along the way, you will make decisions about what features are most important and what you can afford in the end. During that journey, don’t neglect to consider incorporating an accessory dwelling unit into your home. Making a secondary living space a part of your overall design from the beginning would be simpler, and probably cheaper, than adding the ADU later.

What Is an ADU?

An ADU — or mother-in-law apartment, or ancillary unit, or granny flat, or garden cottage, etc. — is a secondary living space added to a single-family home. It can be created in a garage, over a garage, in a basement or attic, an addition built onto a home, a new detached structure, or integrated into the plans for a new home.

An ADU can take a number of shapes. Some people convert attics, basements, or garages for the purpose. Others build an addition onto the home or construct a free-standing cottage on the property. As ADUs become more common and people see the financial sense in having one at their disposal, more homeowners will incorporate them into their plans as they hire a builder to construct a custom home. One difficulty that homeowners run into when building accessory dwelling units is that they can’t use traditional mortgage loans. But incorporating an ADU into the construction of a new home would allow the homeowner to include the cost of the unit in the mortgage.

No accessory dwelling unit is inexpensive to build. They must include all of the comforts of home such as water, sewer, electricity, heat, a kitchen, bathroom, and living space — albeit on a smaller scale. They require city permits and inspections. And labor and building materials continue to rise in price. But one benefit of an ADU is that you don’t have to buy more land, because it’s being built on your property.

Why Consider an ADU?

The reasons to build an accessory dwelling unit vary, but most involve bringing in additional income in the form of long-term or short-term rent. Some people build an ADU, move in, and rent out their main home. Others add a secondary living space for family members to use—the mother-in-law suite—while others are looking for a place for a home-based business. But most ADUs in Portland, according to a study conducted in 2013 by the state of Oregon, are rented to strangers for permanent residences.

The city has a number of goals in making ADUs easier to build. They increase housing density and diversity in a gentle way by allowing a neighborhood to retain its single-family feel instead of adding apartment buildings that don’t really fit. They allow new housing to use existing infrastructure, such as roads. They build the supply of affordable rental units in the city. They are created and operated by Portlanders, not out-of-town developers. They are an environmentally friendly way to add new housing because the best way to reduce greenhouse gas emissions, conserve materials, and avoid sprawl is to build smaller.

Cost to Build an ADU in Portland

The cost to build a mother-in-law apartment varies widely. The thing to keep in mind is that building an ADU is almost always a major construction project. In addition to the actual construction, you may be paying for design, building permits, financing fees, engineering, and more.

A private study of Portland ADU owners found that new detached units built from 2016 to 2019 covering 400 square feet averaged $170,000 to develop and build, while the development cost for 800-square-foot detached ADUs averaged $194,000. Put another way, the price per square foot ranged from $162 to $682, with an average of $305 per square foot. In some cases, the price per square foot can be higher than for a larger new home, because everything is so compact in a small unit. On the other hand, you’re not having to pay for the land, which is a major cost in building a new house.

Because of fixed costs, the lowest price to build a detached unit in Portland these days seems to be $80,000. Because adding square feet doesn’t increase the cost proportionately, many Portland homeowners are building as big as they can, up to the 800-square-foot limit.

Remodeling an existing interior space such as a basement or attic could be a smart way to create a separate living space in lieu of a detached structure. Finishing a basement for use as an ADU often is the least expensive way to go, with costs from the 2016-’19 study ranging from $125 to $475 per square foot.

The ADU is a hot topic in Portland because the city sees these alternative living spaces as a way to grow and diversify the housing stock without creating sprawl. The city allows ADUs on most residential and commercial lots, and it has temporarily waived some development fees as an incentive for property owners to build ADUs. The city does have regulations guiding the construction of ADUs, such as a limit of 800 square feet, or 75 percent of the area of the main home, whichever is smaller. Most Portland homeowners building mother-in-law suites seem to be shooting for the top end of that allowable space, to maximize the usefulness of the unit.

An accessory dwelling unit has all the basics of a single-family home—heat, electricity, water, kitchen, bathroom, living space—but not everything that a single-family home contains.  So people who build a home the size of a studio or one-bedroom apartment and move into it themselves have had to think about what’s important to them. Not only do they need to get rid of or store possessions elsewhere, they must downsize their expectations about how necessary a full-size refrigerator or a dishwasher is to them.

The number of ADU permits issued in Portland has been booming the past few years, mostly because in 2010 the city temporarily waived system development charges, which knocked about $11,000 off the price to develop an ADU. The charges include fees for water, sanitary sewer, stormwater, parks and recreation, and transportation. At the same time, the city increased the allowable size of a unit from 33 percent of the area of the primary home to 75 percent, or 800 square feet, whichever is smaller.

Before 2010, the city was issuing about 30 ADU permits a year. By 2016 the number was 615, and in 2017 it was 588. In 2018, the year the temporary fee waiver was to end, the city issued 660 ADU permits. But in the summer of 2018, the City Council indefinitely extended the waiver of system development charges, with conditions. Homeowners taking advantage of the waiver had to agree not to rent out their units for short periods, such as through Airbnb and Vrbo, for a 10-year period. Violators have to pay the SDCs with an additional 50 percent penalty. Any rentals have to be month-to-month, according to city policy. Homeowners who choose to pay the fees can use their ADUs for short-term rentals.

In 2016, the 615 ADU permits issued constituted 10 percent of the new-home permits the city granted. But not all permitted homes end up being completed, and legal ADUs still are a small piece of the total housing picture in Portland. Accessory apartments built without city permits over the years likely are numerous, but hard to count. And because they’re in the backyard, the basement, the attic, or the garage, ADUs aren’t visible to most passers-by.

The city of Portland, in its ongoing attempts to build density in existing neighborhoods as the city’s population grows, is working on a proposed Residential Infill Project that would, among other things, allow two ADUs on many single-family lots.

Information from the City

The city of Portland’s Development Services Department has a detailed website full of information for anyone interested in adding an ADU, including definitions and requirements, permit applications, and explanations of the plan review and inspection process.

It might be a good idea to visit some accessory dwelling units to see how they feel, get design ideas, and think about whether building one makes sense for you. For the past several years, ADU boosters have sponsored tours of some of the little homes in Portland.

COOPER Design Builders has more than 25 years of experience turning dreams into reality, whether it’s a kitchen or master suite remodel, an addition, a whole-house remodel, or a custom home. The professionals at COOPER can talk to you about how you could incorporate an accessory dwelling unit into your homebuilding plans. 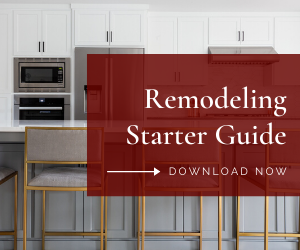 Recently From the Blog